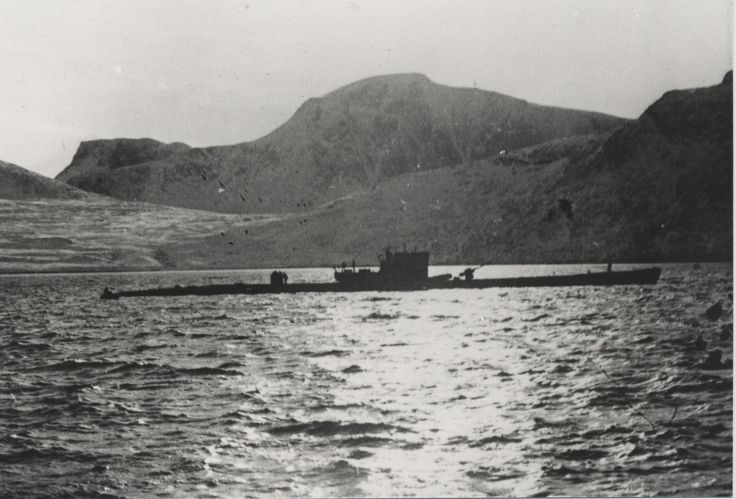 German U-boats did indeed prowl off the Canadian coast during World War I and World War II.

There are many reports of encounters with locals, even German sailors coming ashore. One German sailor was said to be found with a ticket stub in his pocket from a Halifax movie theatre. The crews of these submarines lived precarious lives, however, mostly violent and very short. Here are two stories of U-boats recently found off Canada’s east coast.

The first confirmed U-boat wreck in Canadian waters has been discovered off Nova Scotia’s south coast.

A team of divers and marine archeologists say they located the Nazi submarine U-215 last week about 200 kilometres south of Shelburne.

“In fact, you can look inside and see the live mines still there,” said Mike Fletcher, project leader and chief diver for Eco-Nova Productions, a Halifax-based TV production company. “We know because this was a very specific style of U-boat, only six ever made.”

The vessel has five distinctive tubes that rise up out of the deck, he says.

In the summer of 1942, the U-boat was on a secret mission to lay mines in Boston harbour.

The sub torpedoed the American ship USS Alexander Macomb, which was loaded with tanks and guns for the war in Europe. A British warship counterattacked, sinking the Nazi submarine with depth charges.

The wreck of U-215 was never found. To locate it, the explorers sifted through archives and consulted local fishermen “because no one knows the sea better,” said Fletcher.

Crews used sonar to scan an area on Georges Bank, then sent divers in. Fletcher said the U-boat, which appears to be completely intact, is in about 90 metres of water.

Fletcher said the boat is in a difficult area with strong tides. “I’ve never had a more challenging dive,” he added.

Fletcher said other people claim to have seen German U-boats off the eastern coast of Canada but no evidence has ever turned up. U-boats have been found off the American coast, from Florida to New Jersey.

It’s unclear what will happen to the Nazi submarine. Fletcher said it’s the property of the German government and it’s customary to “leave a warship alone.”

Fletcher’s story of U-215 will air next year on the program The Sea Hunters, on History Television and National Geographic television.

A German U-boat is superimposed over a sunken mass that some believe is a German submarine sitting at the bottom of the Churchill River in central Labrador.

A search for a suspected Second World War German submarine in a Labrador river has turned up only a sandy mound of frustration and an unresolved military mystery.

A remote-operated vehicle was used for two days to probe the deep, murky depths of the Churchill River, where a sonar image has suggested that a U-boat may have sunk.

The search over the past week, however, not only didn’t add new information to what a prior search had uncovered, it found that the object — first identified two years ago, but not made public until last month — has subsequently been buried by sand and clay that had eroded from nearby cliffs.

Still, diver Brian Corbin says the lack of new evidence hasn’t shaken his belief that the object may have been a U-boat.

“We believe what we have is a German submarine,” Corbin told CBC News. “We’re still getting raised elevation there — there’s something there.”

The remote-operated vehicle and side-scan sonar technology used in the search launched last week were provided by the Stephan Hopkins Memorial Foundation, a western Newfoundland group that helps recover the bodies of drowning victims.

The theory that a buried mound in the Churchill River appears to match the shape of a U-boat attracted international headlines, as well as some skepticism from military experts.

But Corbin says the new scans did not produce anything to disprove the theory.

“We believe [with the first scan] there was possibly three feet of metal that was detected, so it could be understandable in two years the sedimentation has covered the submarine,” Corbin said.

Corbin said his next move is to use a piece of gear called a magnometer, which may provide better detail about the size of the metal object.

“This machine can detect through the sand, and we can use it from above in the boat, 80 or 90 feet [24 or 27 metres], and we believe we can actually pinpoint the end of what we found — the bow and stern,” he said.

U-boats had several skirmishes around Newfoundland during the Second World War, including the sinking of the SS Caribou in the Cabot Strait in 1942, and the sinking of four iron ore carriers near Bell Island in Conception Bay in the same year.

There had been no reports of a U-boat as far north as the Churchill River, which is well inland from the Atlantic Ocean. The suspected site, though, is not far from where a military base was built at Happy Valley-Goose Bay during the war. That base survives today as 5 Wing Goose Bay of the Canadian Armed Forces.

2 comments on “U-boats in Canadian Waters” 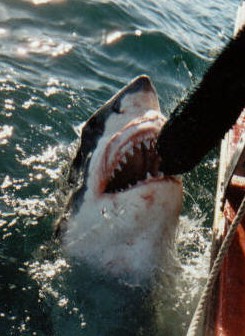